After breaching the psychological price of $50,000 and scaling above the $52K level earlier this month, Bitcoin (BTC) has been consolidating between the $40K and $44K level. BTC was hovering around $43,235 during intraday trading, according to CoinMarketCap.

The leading cryptocurrency experienced a significant pullback, which at one time prompted a $10K daily loss.

Market analyst Lark Davis believes that FUD (fear, uncertainty & doubt) has engulfed the BTC market based on the fear & greed index. He explained:

“Bitcoin fear and greed index still trending lower, lots of uncertainty in the market right now. FUD times are opportunity times. Still have my buy orders for Bitcoin $38,000 and Ethereum $2,500 just in case.” 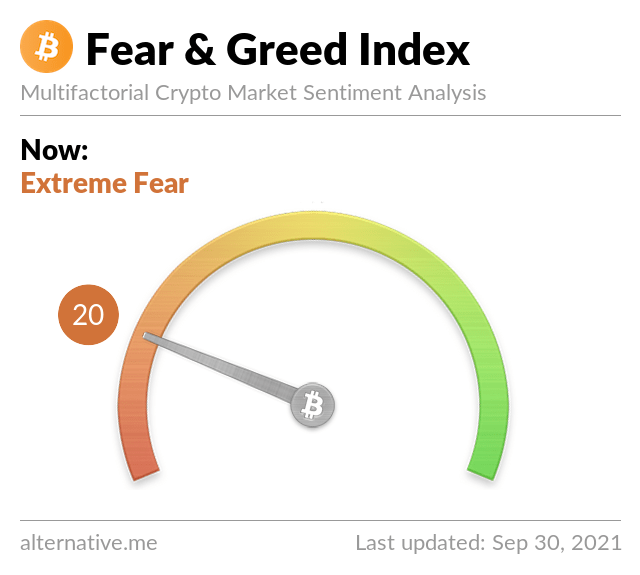 Therefore, uncertainty has penetrated the Bitcoin market, but this has presented a perfect opportunity to buy the dip to some investors.

Bitcoin’s quest to retest the $50K level has been dented by factors like China’s reiteration that all crypto-related transactions are illegal and a significant liquidity challenge experienced by China Evergrande, a leading Asian property developer.

According to Kevin Rooke, a tech investor:

“Bitcoin’s daily transaction volume quietly hit an all-time high of $29 billion on Sunday. There have only been 5 days in history where the Bitcoin network has settled more than $20 billion. 3 of those days were this week.” 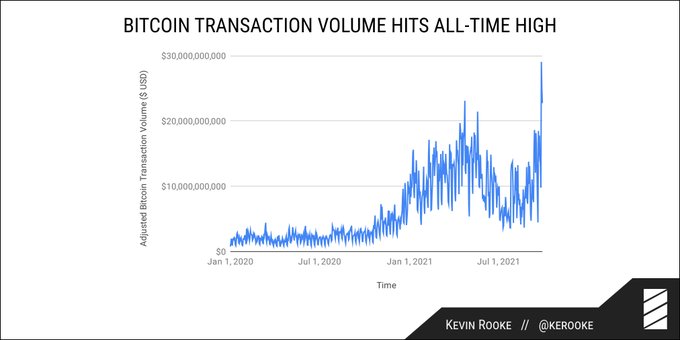 Therefore, BTC transaction volume has been experiencing exponential growth despite the FUD being experienced in the market. This has been partly caused by transactions worth more than $10 million staying at a record high.

“Whales have been moving a record amount of Bitcoin in the last two weeks. Total transfer volume of $10M+ transactions keeps staying at ATH lately. It’s even higher than when the price was at $55-60k.” 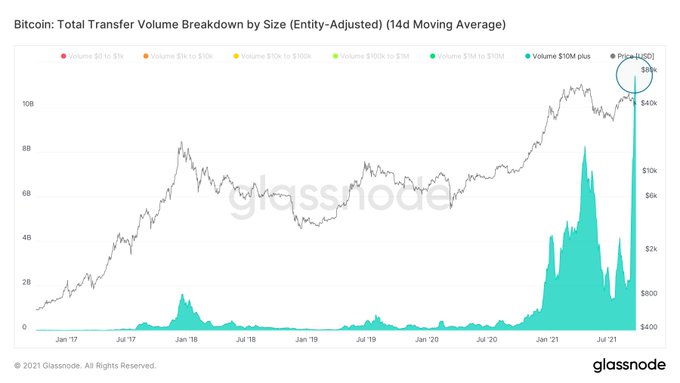 Institutional investments have played an instrumental role in Bitcoin’s journey towards record-high prices. For instance, big-money moves enabled the leading cryptocurrency to hit an all-time high (ATH) price of $64.8K in mid-April.

Coinbase fined $3.6M for operating without registration in the Netherlands