Bitcoin (BTC) supply on crypto exchanges has been nosediving because it hit a 28-month low.

“The supply of Bitcoin sitting on exchanges has fallen to levels not seen since May 2019. This is a solid indication of less sell-off pressure for BTC.” 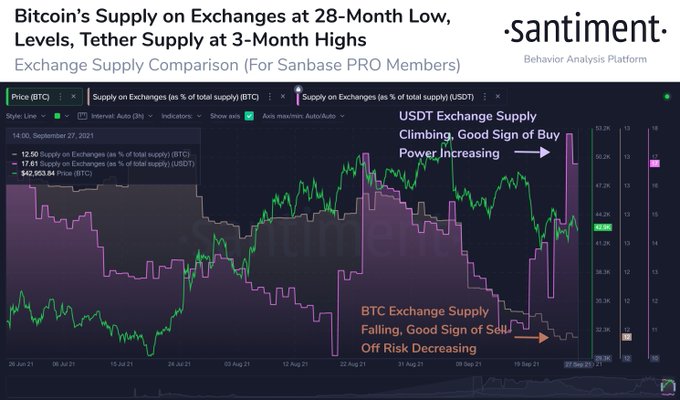 This metric shows that Bitcoin outflows from exchanges have been on an upward trajectory for more than two years. This signifies a holding culture because BTC is transferred to cold storage and digital wallets for future purposes other than speculation.

Recent research by on-chain metric provider Glassnode illustrated that a large portion of BTC supply was kept in cold storage. This was founded on the fact that dormant BTC supply had bottomed out at 54.2% for at least one year.

Days after the Bitcoin Lightning Network hit a record high capacity of 2,738 BTC, equivalent to $116.3 million in value. Its capability has scaled to a new all-time high (ATH) of 2,904 BTC.

The Lightning Network is a second layer incorporated into the Bitcoin blockchain to undertake off-chain transactions. As a result, micropayment channels are utilized to scale the blockchain’s capacity to carry out transactions more efficiently.

Will a reversal trend be witnessed on the Bitcoin network?

Bitcoin was down by 4.91% in the last 24 hours to hit $41,803 during intraday trading, according to CoinMarketCap. BTC’s price has been dropping ever since the leading cryptocurrency experienced a $10K daily loss earlier this month as over-leverage factors dominated.

Market analyst Lark Davis acknowledged that lower highs were continuously being formed on the Bitcoin network, and there was no sign of a trend reversal yet. 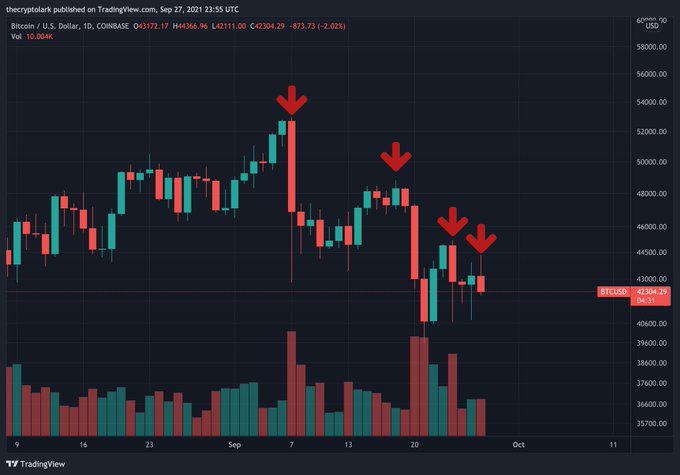 BSV Price Prediction: Will It Survive this Consolidation Phase and Break Above $50?

FTX seeks to recover political donations made by Sam Bankman-Fried

Feb 2, 2023
A year after the project was delisted from OpenSea due to some concerning allegations, a Federal Grand Jury is…