On the 23rd morning of October, WatcherGuru shared an exciting, developing story on its Twitter feed.

The story was about a pricy NFT.

The Whale watching platform did disclose the sale of a CryptoPunk NFT that went down for a total of 450 ETH.

The announcement further went ahead to quantify the amount of Ether in dollars as per the present market valuation. And it is a whopping $1,812,892.50.

But then again, what could one do with a million dollars?

Maybe buy an apartment in New York City or a lavish private island in the Pacific. Maybe spend it purchasing a gorgeous piece of jewelry during the Paris Fashion week or on an expensive piece of art.

Well, all these are things that many dream of and never get a chance to have. Yet someone just bought an NFT for a similar amount.

This is how the purchase went according to Carl (the buyer) as he narrates on The Moon YouTube page.

First, he disclosed that he was looking to purchase an NFT that had some resemblance to his physical appearance for some reason.

And this is what he bought. 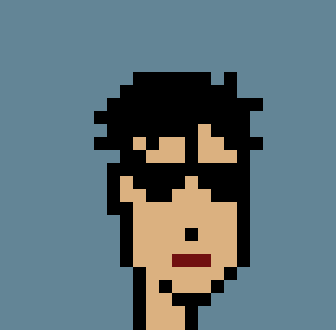 If you’ve ever seen a CryptoPunks’ NFTs, you already know that, that was a long short. As it is pretty hard to find one that resembles any human face. Yet for some reason, he bought the one shown above.

Moments after buying it, he went ahead to read the NFTs description, And it was at that moment, he realized that his purchase was of a female version, going for an equivalent worth of $1,812,892.50.

Such an expensive mistake.

And below is its complete transaction history, as seen on Larva Labs. 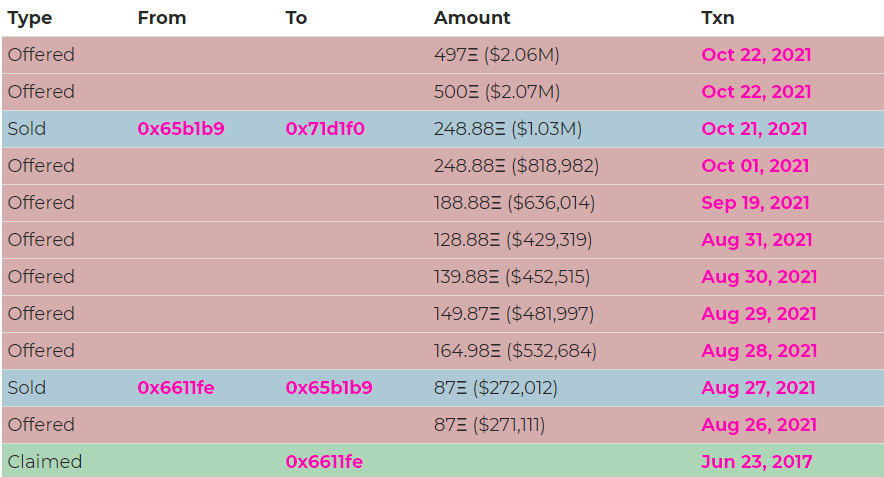 Why it’s a big deal?

An accurate picture of the significance of this moment dates back to the early days of CryptoPunks.

CryptoPunks is one of the first-ever NFTs on the Ethereum blockchain unveiled publicly in June 2017. It was developed for Larva Labs by a team of software developers, Matt Hall and John Watkinson.

At the time, the original release of NFTs was for free. Such that anyone with an Ethereum wallet could claim them. And the only cost when claiming the NFTs were Ethereum gas fees which were negligible at the time.

The original CryptoPunks were only 10,000, and it is this rarity and exclusivity that have made them attract such significant attention. Hence, fetch higher prices to the tune of a million dollars in the open market. Even some CryptoPunk’s NFT have made their way into auction houses like Christie’s

CryptoPunk NFTs, which were once only digital projects, is now the ultimate status symbols. And it is the traits of the characters that have added to their collectible appeal.

Honestly, if anyone had foreseen that a free model could be worth a million dollars one day, perhaps many would have got at least one.

And that’s the beauty of the crypto world. You never know when nothing can turn into something. Therefore, do not put all your eggs in one basket.

Feb 1, 2023
Join Our Telegram channel to stay up to date on breaking news coverage IMX has been surging well in January.…